New Delhi [India], January 24 (ANI): Republic Day 2021 is just around the corner. A day when most of the families wake up early to watch the much-awaited annual parade on their television sets. However, no celebration is complete without some songs that go perfectly with the occasion.
Many popular Hindi songs arouse the feeling of patriotism and pride in people. Bollywood has time and again showcased the struggle for freedom through movies and series. So apart from enjoying the parade, this Republic Day listen to these patriotic songs that will awaken the spirit of patriotism inside you:
1. Mere Desh Ki Dharti: This song from the 1967 film ‘Upkar’ describes the beauty of Indian soil and remains to be one of the most famous patriotic songs. The patriotic track was sung in the soulful voice of Mahendra Kapoor. The lyrics of the song were written by Gulshan Kumar Mehta, and the music was composed by Kalyanji-Anandji that features Manoj Kumar. The song that received Filmfare Award for Best Lyricist also earned Kumar the nickname Mr. Bharat.

2. Ye Jo Des Hai Tera: The evergreen song written by Javed Akhtar was sung in the soothing voice of AR Rahman. It is from the 2004 movie ‘Swades’ which stars Shah Rukh Khan in the lead. Ashutosh Gowariker’s film traces the life of lonely NASA project manager Mohan Bhargava (SRK), who visits India to take back his childhood caretaker Kaveri (Kishori Ballal) to the United States. 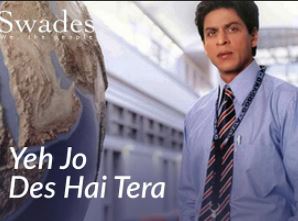 3. Kandho Se Milte Hain Kandhe: The 2004 movie ‘Lakshya’ starring Hrithik Roshan gifted this evergreen song to Bollywood. The lyrics of the number were penned by Javed Akhtar, music was created by Shankar-Ehsaan-Loy and sung in the soulful voices of Kunal Ganjawala, Sonu Nigam, Roop Kumar Rathod, Vijay Prakash, and Hariharan. 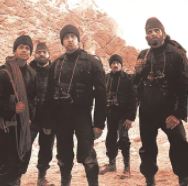 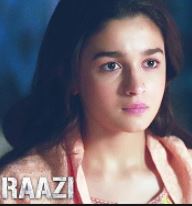 5. Teri Mitti: In the mesmerizing voice of B Prakk, the 2019 movie ‘Kesari’ starring Akshay Kumar released the song, which perfectly honours the sacrifice of brave soldiers for their motherland. The lyrics of the song were written by Manoj Muntashir and it’s safe to say that there is no other song that can stir up the feelings of patriotism inside you like ‘Teri Mitti’. 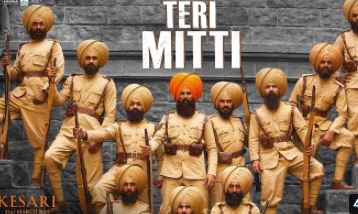 6. Sandese Aate Hain: The iconic hit from JP Dutta’s cult film ‘Border’, sung in the soulful voices of Sonu Nigam and Roopkumar Rathod continues to rule the hearts of music lovers. The emotion behind this patriotic track still renders Indians speechless. The heartfelt lyrics have been penned by Javed Akhtar. 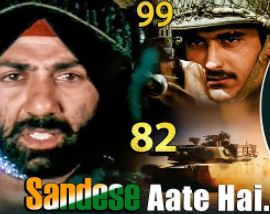 So, as you gear up to celebrate the 72nd Republic Day, add these ultimate patriotic anthems to your playlist and appreciate the freedom struggle that we won. (ANI)

Disclaimer: The views expressed in the article above are those of the authors’ and do not necessarily represent or reflect the views of this publishing house. Unless otherwise noted, the author is writing in his/her personal capacity. They are not intended and should not be thought to represent official ideas, attitudes, or policies of any agency or institution.