Champagne Krug has launched a new marketing campaign called ‘World Of Craft’ in Hong Kong, with top local chefs sharing their skills and new recipes through the brand’s social media. 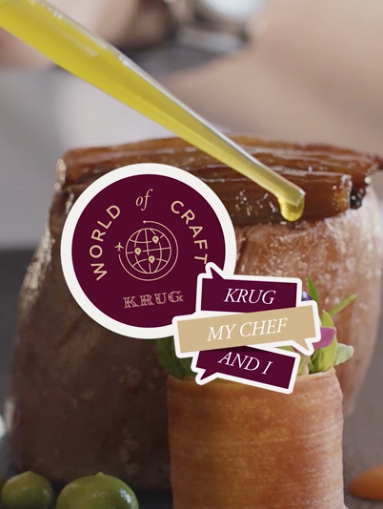 Starting in July and running for the rest of the year, the Champagne house launched a series of social media initiatives where the brand invites a host of Krug Ambassade chefs around the world to interact with its followers.

Recently, at the virtual launch event of the 168th edition Grande Cuvée Champagne in Hong Kong with the director of the house, Olivier Krug, he said the digital campaign is specifically curated “to help engage consumers in the context of the new normal”.

Amid the ravages of Covid-19, the Champagne sales have been suffering, largely due to the cancelation of celebratory events and the shut down of the on-trade.

Krug added: “With bars and restaurants forced to close, there has been a significant impact on us all. Early on, we made it our priority to support our trade partners, including our family of Krug Ambassade Chefs.

“We are always striving a way to keep the connection.”