NICK HOWSON: Guyana Amazon Warriors aim to end their wait for success, Rashid Khan and Ross Taylor take center-stage, and who is next off the talent conveyor belt?

Normally, celebrating the idea of cricket taking place during a franchise competition would be treated as being flippant. At this stage of a regular calendar year we are bemoaning the exhaustive schedule, and questioning the role this form of cricket has on the global game.

But, as we are well aware, this is no normal year. For four months, a bloated schedule was replaced by a seemingly endless black hole. The future hasn’t been something worth looking forward to.

Major competitive cricket has been restricted to England’s bio-secure Test series against West Indies and Pakistan, and the one-day internationals with Ireland. You’ll find cricket in Sri Lanka and Canada but there is little else of consequence across the globe.

The CPL will be the first T20 competition to take place since the aborted Pakistan Super League. Only a pandemic would lead to a five-month stretch between franchise competitions. This might not be among the top tier tournaments on the calendar, but the cricket fraternity is ready to welcome it with open arms.

It is arguably the biggest year of the CPL’s eight editions. The lack of alternative options given the current climate means all eyes will be on their humble competition. It mightn’t be graced with the biggest stars of the franchise circuit, but nonetheless it will be a proper showcase of their operation when there are few other distractions.

Everything from their testing regime, to how players are kept safe will be under the microscope. Results, performances, and excitement will, initially at least, be rather secondary. Stage the 2020 showcase successfully, and the Caribbean will set itself up as a viable venue in the midst of the pandemic.

The CPL reported viewing figures of 312 million for last year’s tournament, an increase of 56%, and more records will surely be broken this. Indeed, it might be the best-watched franchise competition outside of south Asia ever.

Here’s hoping they get it right.

It cannot be overstated the sacrifice the players, particulary those heralding from overseas, are taking to travel to the Trinidad. Granted, you don’t have to feel sympathy for their bank accounts, but you can still appreciate the risk they’re taking in leaving their comfortable surroundings. They’re still human beings.

As would be expected, the six competing sides have been stripped of talent somewhat. Five South Africans have withdrawn after being unable to sort travel arrangements. Harry Gurney and Alex Hales have not made the trip. Shadab Khan and Wahab Riaz meanwhile are in England with Pakistan. There is no Marcus Stoinis either.

Yet, there is still plenty to be excited about. Thirty-two foreign players are involved, meaning this year’s CPL is not merely an over-hyped domestic shindig. The most impressive names herald from New Zealand and Afghanistan, both of whom have sent large groups for the tournament.

The Afghan contingent is headlined by Rashid Khan. But with Mujeeb ur Rahman, Najibullah Zadran, Zahir Khan, Mohammad Nabi and Naveen-ul-Haq also making the trip, tghey’re primed to dominate over the next few weeks.

Elsewhere, Pravin Tambe will become the first Indian to play in the CPL, as the 48-year-old continues to defy expectations. You don’t have to look hard for a story. 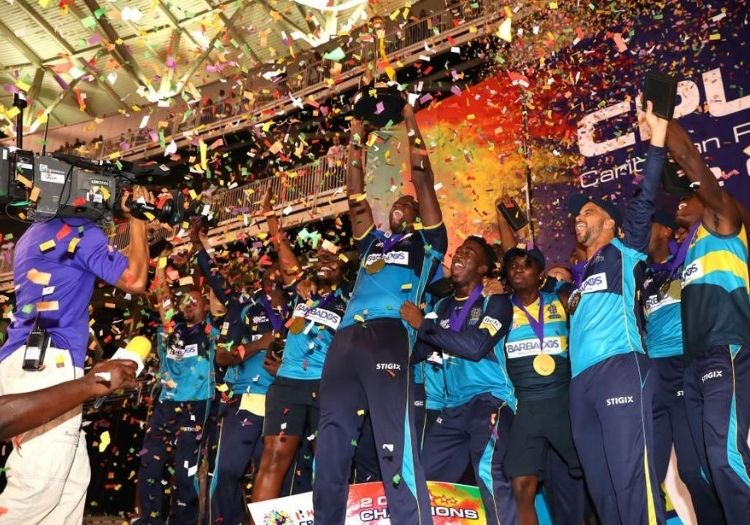 Can anyone stop the Tridents from retaining their title?

The Warriors have managed to win 50 matches across the seven editions of the CPL. Yet, for all that effort they are still waiting for their first title. Five times now they have reached the final hurdle, only to lose their nerve. You have to wonder if there is something in the water.

Last year’s 2019 collapse was perhaps the most inexplicable yet. They progressed to the knock-out phase for the seventh consecutive year with the first-ever 100 per cent group record. They made it 11 wins in a row after dispatching Barbados Tridents in Qualifier 1 thanks to Brandon King smashing the biggest score in CPL history.

But the final saw old wounds re-emerge and they fell apart in the chase, failing to pursue 172 to beat Tridents again. It was another ignominious day for the Warriors.

Their bid to end the long wait for a maiden title has been boosted by limited departures and changes as a result of the COVID-19 pandemic. The biggest loss is of former captain Shoaib Malik, who leaves a chasim of experience. Shadab Khan and Qais Ahmad are also missing from the draft, but the lossess have been limited.

Their rivals have not been as fortunate. Bar the Knight Riders, who have not lost a single player since the draft back in early July, every side has been forced into late replacements. St Kitts and Nevis Patriots even lost their coach  Simon Helmot after he tested positive for COVID-19.

Still with one of the strongest squads in the competition, and with many of their rivals reeling from the pandemic, 2020 represents as good a chance as any to end seven years of hurt.

Last year’s tournament proved to be a fruitful one for the West Indies, with Brandon King and Hayden Walsh Jr, the leading run-scorer and wicket-taker in the competition earning the maiden international call-ups in the wake of their performances.

The question is who will emerge as part of the class of 2020? What COVID-19 has taken away in terms of overseas and domestic stars, it gives back in opportunities for youngsters. Across the world there will be chances for players they could never have dreamed off before the pandemic.

Kevin Sinclair has been picked up as an emerging player by Guyana Amazon Warriors. The all-rounder, who off-spin and bats in the middle-order, only made his first-class debut in January and has only featured in nine List A matches. Last December he was part of the Windies Emerging Team which won the Super 50 Cup. He struck 28 with the bat and took 4-20 with the ball on the biggest day of his career so far.

Nyeem Young played for West Indies at the Under-19 World Cup earlier in the year, earning him a CPL deal in the process. He struck 140 runs at a strike-rate of 102 and claimed eight wickets at 26.75 with the ball. Yet to get any first-class recognition, this platform with Barbados Tridents is what his talent deserves.

St Lucia Zouks’s batting line-up has been stripped bare and they are sure to turn to youth in the form of Kimani Melius. The right-handed opener was the Windies’ highest-scorer at the aforementioned Under-19 tournament, scoring 191 runs in six innings. He could be partnered with Javelle Glen, another emerging talent who played five times for Jamaica Tallawahs in last year’s competition, reaching 34 not out on debut. 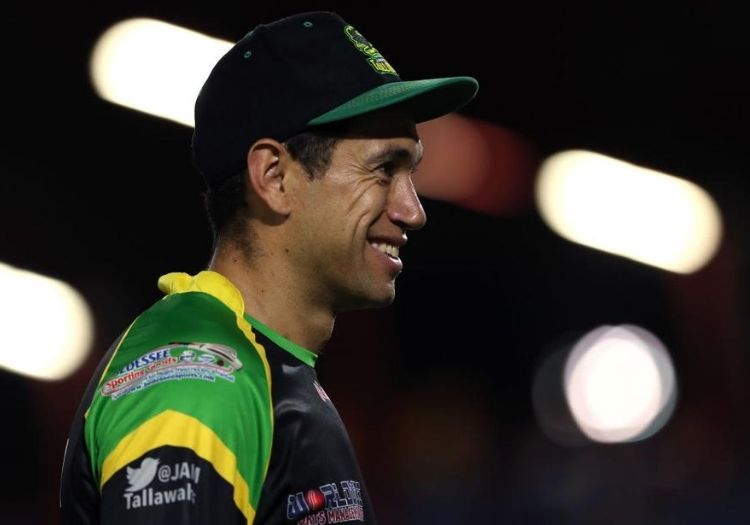 Ross Taylor is among the stand-out overseas stars

Ring rust or fast out the traps?

While the first franchise competition for five months brings with it huge levels of excitement, there is a huge amount of intrigue over the level of quality the competition will bring.

Many players will not have bowled, caught or hit a ball in anger since March. For some, the wait for anything resembling a competitive cricket match has been even longer.

The West Indies players who have recently been in England for the Test tour come into the competition with perhaps the greatest advantage. The Tridents might be the side who benefits the most, with Jason Holder, Shamarh Brooks, and Shai Hope in toe.

What is unavoidable is the lack of texture around the tournament, which is provided at T20 tournaments around the world by fans adorning stadiums. An abundance of noise hasn’t always been a key characteristic of the CPL, but nevertheless they will be missed. How players cope under such vastly different surroundings will be fascinating.

Again, that could favour the recently-returned Windies players, who had time to adapt to behind-closed-doors cricket last month in England.

For unrivalled coverage of the county season, subscribe to The Cricketer and receive four issues for £15

Please ensure all fields are completed before submitting your comment!