The video game market has gone from an entertainment afterthought in the 2000&CloseCurlyQuote;s to the largest media market in the world.

But what&CloseCurlyQuote;s the best way for investors to play in the space?

Many instinctively look to the AAA titles released by the largest publishers in the world to consoles and computers, with budgets and revenues larger than those of Hollywood blockbusters. The secret to success in gaming, however, is realizing how varied the US $140B billion market is and tapping into trending growth.

Case in point, a relatively new company like PopReach Corporation (TSX-V: POPR, Forum) has focused on acquiring and optimizing low risk, proven game franchises and has already acquired 12 franchises, has more than 1.2 million monthly active players and over 120 employees between their Toronto, Vancouver and Bangalore offices.

Despite being relatively new, PopReach delivered 2019 bookings of US $18.5 million, and adjusted EBITDA of US $3 million; the Company is exceptionally positioned for rapid growth. 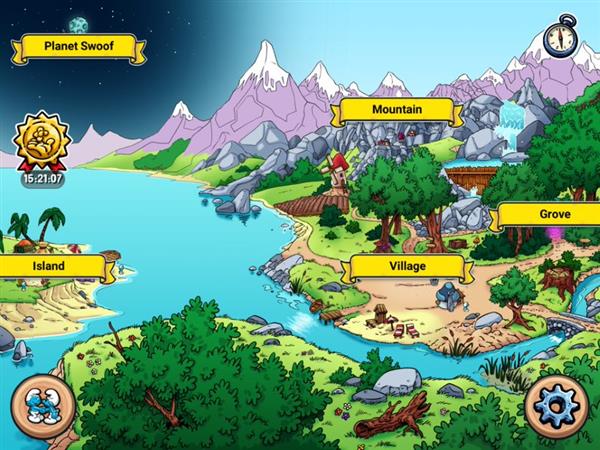 PopReach is listing publicly at the perfect time&excl; The video game industry has grown exponentially over the past few years, recently fueled by the COVID-19 pandemic, and the $90B market1 for mobile games with consistent free-to-play revenue is ripe for consolidation. That&CloseCurlyQuote;s why the Company recently completed its public listing on the TSX Venture Exchange to further accelerate growth.

To figure out how PopReach has been able to succeed so quickly and what&CloseCurlyQuote;s next for this game consolidation company, Stockhouse Editorial caught up with the Company&CloseCurlyQuote;s CEO, Jon Walsh.

Thank you for taking time to speak with us, Jon. For investors new to PopReach or gaming, how would you describe the company?

PopReach is a free-to-play mobile publisher focused on acquiring proven, profitable game franchises at attractive multiples, improving their profitability and extending their lifespan. In other words, we buy and optimize games that people download for free and play on their phones. That is what makes us a different kind of game company. We&CloseCurlyQuote;re not in the business of making new games, and we&CloseCurlyQuote;re not in the business of acquiring new hit franchises. We focus on acquiring and optimizing proven game franchises in order to create significant value for our stakeholders.

We currently own 12 franchises, which include Smurfs&CloseCurlyQuote; Village, Kitchen Scramble, Gardens of Time, War of Nations and Kingdoms of Camelot.

The game industry is as large as it is varied, so how did the acquisition strategy for PopReach form?

My business partner and company President/COO, Christopher Locke, and I formulated the strategy a few years back when discussing how much lost opportunity we were seeing in mobile games due to publishers failing to invest properly in their long term profitability. This is primarily due to the hit driven nature of the industry, which leads to companies always looking for new hits and abandoning formerly successful games. My extensive background in game data and analytics and working with hundreds of game publishers and studios to make their games more successful, combined with Chris&CloseCurlyQuote; track record in building game studios and hit game franchises, put us in the unique position as a team to see the opportunity to acquire later stage properties and revitalize them using internal, lower cost development studios.

Jon, it&CloseCurlyQuote;s important to note that you and the management team at PopReach are far from new to the video game market. How much experience are we talking about and how important is it to the consolidation strategy?

Is that a nice way of saying we&CloseCurlyQuote;re old? 🙂 But seriously, most of our executive team have been in the game industry for over 20 years. Our team has been directly responsible for creating free-to -play game franchises that have grossed somewhere around $1BN and generated over 500M downloads. I&CloseCurlyQuote;d say we&CloseCurlyQuote;ve certainly learned a lot along the way. The most important lesson we&CloseCurlyQuote;ve learned collectively is how to maximize a game franchise&CloseCurlyQuote; potential. As mentioned previously, we believe that popular franchises can have a much longer lifespan than many people realize. Our Smurfs&CloseCurlyQuote; Village franchise, for example, is almost 10 years old and still generates meaningful revenue&excl; All of our executives are data driven, and use this approach to drive strategies that allow us to dramatically improve game experiences for players, and extend a game&CloseCurlyQuote;s lifespan through continuous improvement oriented live operations. Our collective learnings are being utilized at PopReach on our owned properties to drive ongoing value creation.

Your portfolio already includes 12 game franchises and significant numbers for both monthly players and revenues. Can you elaborate on some of the portfolio highlights?

We acquired these franchises over the last year and a half or so. These titles have strong brands and large, loyal user bases, which is precisely what we&CloseCurlyQuote;re interested in. When we buy a game, we invest in updating and improving it for our players, and at the same time work on reducing the costs associated with running the game. Because we do these things, we are able to drive greater returns.

In terms of specific examples, we are expanding our popular cooking franchise, Kitchen Scramble. We are investing in the original game while also testing a new version of the game that will give fans a fresh new, but familiar, experience. We are also investing in new technology, content and features for our War of Nations franchise.

Of course, it&CloseCurlyQuote;s not as simple as buying every mobile game or franchise on the market. What types of properties does PopReach target?

Good question. At a high level we target low risk profitable games that have proven strong product market fit, and are later in their life cycle. Games must be free-to-play and ideally have mass market appeal or serve a loyal niche audience. We currently own both mass market casual and midcore strategy game franchises, and are pursuing opportunities in both game categories. Right now, we are targeting games that generate between $2M and $10M per year in revenue. Although our specific evaluation criteria is proprietary, I can tell you that we look at over 50 key performance indicators for each game; that includes current live analytics/data and lifetime historical metrics.

Generally speaking, we are looking for games where our analysis shows there is still a lot of untapped potential, have proven a certain level of overall success and are at the right stage of maturity in terms of their life cycle.

We are always watching what the industry at large is doing. The nice thing about the mobile gaming market is that although it has matured over the past decade or so since the free to play business model was introduced, there is still a lot of innovation happening on an ongoing basis. For example, a class of games known as ‘hyper casual&CloseCurlyQuote; has dominated the download charts for the past year and a half or so. The success of this category of games speaks to the evolving preferences of players and provides an opportunity for established franchises, like ours, to add new gameplay elements that can significantly improve engagement and player retention. In general, we see competitors constantly trying new things in new games with varying degrees of success. From our vantage point, this nice thing is that we can observe the innovation and implement successful practices into our game franchises without all the trial and error or the ‘swinging for the fences&CloseCurlyQuote; mentality of trying to produce a hit game from scratch.

Can you tell us what your public listing on the TSX Venture Exchange means for the future of the Company? 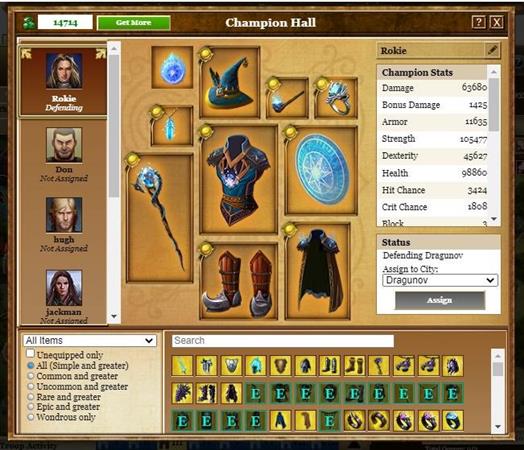 We started trading on the TSXV on Wednesday, July 8 as a Tier 1 Issuer. As a game consolidator, our listing gives us greater access to the capital we need to acquire additional games. Overall, we are very happy with our listing as PopReach is well positioned in the market and intends to create significant value for all of its stakeholders.

And what additional growth plans are on the horizon for PopReach? More acquisitions, building out existing franchise, other plans altogether?

Yes, on both counts.

In 2020, the Company is targeting meaningful top and bottom-line growth through investments in our existing games, as outlined above, and through a number of acquisition opportunities.

Our goal is to complete at least one more acquisition this year, and at least two next year. There are thousands of games that currently meet our high-level acquisition criteria.

It definitely seems like gaming and mobile gaming in particular are slated for further growth. Given your experience in the field, what do you see for the market&CloseCurlyQuote;s future?

We certainly see a lot of growth still to come in mobile gaming. As phone hardware technology continues to advance, so does the ability to create more sophisticated games. In addition, the increased global penetration of smart phones means that our industry is reaching more players than ever. There are now billions of people around the world that have a powerful gaming console in their pocket. Already more than half of the industry&CloseCurlyQuote;s $140B revenue is generated on mobile, mobile game revenue is still growing, and is expected to continue to outpace the rest of the industry. This is truly an unprecedented time for mobile gaming in terms of reach and revenue potential, so it&CloseCurlyQuote;s exciting to be executing on our growth strategy within these market conditions.

Finally, as CEO of PopReach, what&CloseCurlyQuote;s your outlook for the company in 2020 and beyond?

My outlook is strong, profitable growth. We&CloseCurlyQuote;re very fortunate to be operating at a time in the industry where our unique strategy can be very effectively executed. We&CloseCurlyQuote;ve assembled a world class team, have already built a diversified stable of core franchises, have a pipeline of new opportunities, and are in an excellent position to continue to deliver impressive results for our stakeholders for many years to come.

FULL DISCLOSURE: This is a paid article produced by Stockhouse Publishing.