Back in 2009, Bolinger talked with two long-time friends, Mike Stafford and Bob Cerasoli, who were operating their own marketing and media management firm called CerasoliStafford, founded in 2003. They kicked around the idea of joining forces.

However, Bolinger decided at the time to accept a position with CBS Radio in San Diego as VP and market manager. Six years later he moved to a similar position with Entercom Communications, which he left at the end of last year.

Now, more than a decade later after discussing working together, Bolinger, a 30-year career of executive management roles with several major San Diego radio groups, has joined Cerasoli and Stafford as a partner.

The trio has changed the name of the company to CersoliStaffordBolinger, doing business as CSB Impact.

Stafford has decades of experience in radio production and management. Cerasoli’s background includes brand management experience with Proctor & Gamble and managing Franklin & Associates, one of San Diego’s largest advertising agencies in the 1970s through 1990s.

“It was 11 years ago when we first talked about working together, and now it’s finally come to fruition,” Bolinger told Times of San Diego. “I’m excited because this is a first for me. Having called on agencies for my entire radio career, I’m now on this side of the business.”

Bolinger continued, “I am thrilled and honored to be joining Bob, Mike, and their talented team. Beyond my friendship with both, I have long admired Bob as one of the best advertising men anywhere, and Mike, first as an iconic radio competitor, then together with CerasoliStafford, and the highly effective work they do stewarding their clients’ media and marketing.”

Cerasoli said, “We’re honored to welcome Bob as a partner. He is one of our industry’s best and brightest. Bob has been a close friend to both my business partner Mike Stafford and me for many years and we have a long-standing respect for his character and accomplishments. Adding him as a partner expands our reach, our capabilities, and the fun we have doing what we do.” 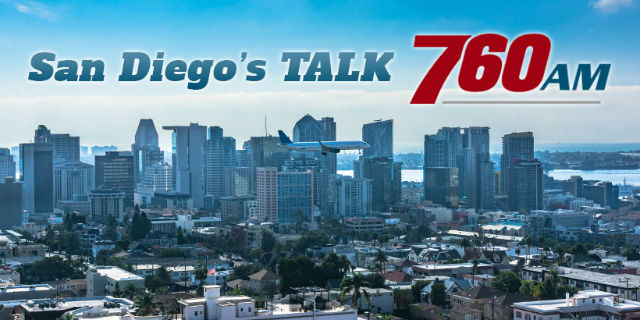 iHeart Media San Diego has announced the Federal Communications Commission has approved a call-letter change for its recently acquired 760-AM radio station from KFMB to KGB, effective July 4. iHeart also operates KGB-FM as one of eight stations in its San Diego cluster.

“The KGB call letters are legendary in San Diego and we’re excited to make them a part of AM 760’s next chapter as San Diego’s talk station,” said Melissa Forrest, market president, iHeartMedia San Diego.

iHeart’s slogan for its KGB-AM station is “San Diego’s Talk 760-AM,” without the KGB call letters.

iHeart said KGB-AM will continue its talk format with several on-air talk-show hosts previously heard on KFMB-AM. They include local hosts Mark Larson (from 10 a.m. to noon) and Mike Slater (from noon to 3 p.m.), as well as syndicated shows featuring “Armstrong and Getty,” with Sacramento-based Jack Armstrong and Joe Getty (from 6 a.m. to 10 a.m.), and Washington D.C.-based Buck Sexon, a former Central Intelligence Agency intelligence officer (from 3 p.m. to 6 p.m.), and political commentator Mark Levin (from 6 p.m. to 10 p.m.).

In March of this year, iHeart acquired the 760-AM frequency for an undisclosed price from Local Media San Diego. Earlier this year, LMSD reportedly paid $5 million to Tegna for both KFMB 760-AM and adult rock station KFMB 100.7-FM.

As terms of the sale, Tegna required the KFMB call letters to change in order to avoid confusion with its two San Diego television properties, including KFMB CBS 8 and The CW San Diego. In April, LMSD changed the call letters for its new FM station from KFMB to KFBG, which calls itself “100.7 BIG-FM.” The iHeart statement said, “As part of terms of sale, Tegna retained ownership of the KFMB-AM call letters, which required iHeartMedia to make the change.”

The KGB call letters have been around since the 1920s, making KGB the oldest continuing radio station in the San Diego market, according to historian David Leonard.

In 1928, Pickwick Broadcasting Corp. bought the station and George Bowles was named VP and manager of the station. Bowles reportedly changed the call letters from KFBC to KGB to reflect his name. KGB’s slogan at this time was “The Voice of Sunny San Diego,” according to the San Diego History Center.

“Gun Sports Radio,” a weekly, Sunday afternoon radio show now in its fourth year of airing on KCBQ 1170-AM and 96.1-FM, is changing its name to “Gun Owners Radio,” beginning July 12.

According to Dave Stall, the show’s executive producer and co-host, the name change reflects a broader audience of listeners who are gun owners for a variety of reasons, not just sports-related, recreational hunting and shooting.

“The firearms industry is exploding in growth and our news-oriented show is connecting with a growing number of first-time gun owners, collectors and Second Amendment supporters, as well as hunters and target shooters,” said Stall, a local media personality widely known for a three-decade career of consumer reporting on the automotive industry.

“We see our show as a resource for the latest in firearms technology, defense and education,” Stall said. “We’re the one stop for the latest news, first-looks and information about guns, firearms safety, shooting sports, gun rights and hunting. Our guests are experts in various fields of the gun industry, including new laws and how to get involved to protect and preserve your rights.” 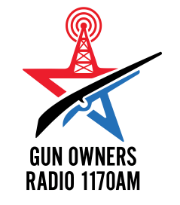 “We’re grateful for the opportunity to play a larger role on the radio show and educate more law-abiding San Diegans about the importance of the Second Amendment’s guarantee to keep and bear arms for self defense and the protection of you and your family,” said Schwartz.

Launched in September 2016, “Gun Sports Radio” recently exceeded its 200th produced show. For its first three years, the show aired from 4 p.m. to 5 p.m. until last October, when it expanded from 4 p.m. to 6 p.m., with the approval of Salem Communications, operator of KCBQ 1170-AM. Over the years, guests have included gun retail shop owners, law enforcement officials, legal experts, politicians and candidates.

“Gun Owners Radio” is expected to feature more in-depth interviews with weapon reviewers, accessory manufacturers and constitutional advocates, said Stall. It also will include guests from Orange County and some of the same guests who appeared on “Gun Sports Radio” over the past four years. The radio show also is available as a podcast and live over Facebook.

The American Marketing Association’s San Diego chapter will present a free webinar titled “Lessons from B Corps: How to Build a Just and Equitable Economy” from 11 a.m. to noon, Tuesday, July 14, over the Zoom online meeting platform. The webinar is the second installment of AMA’s 2020 Cause Conference series.

The panel will feature comments from B  Corp company leaders who are taking action to better society and the planet. B Corp refers to benefit corporation, a type of for-profit corporate entity that addresses social, economical and environmental needs. Webinar topics will include free tools and resources to help organizations foster public benefits while growing their business and upholding their mission and vision.

Rick Griffin is a San Diego-based public relations and marketing consultant. His MarketInk column appears weekly on Mondays in Times of San Diego.