Crossroads Theatre Company has been elevating and nurturing black theater for more than 40 years.

Leaders of Crossroads, the historic black theater in New Brunswick, are experiencing all of those emotions in the wake of the death of George Floyd in the hands of police.

Those same emotions are shared across the nation and around the world. People of every race and color are joining the black community to demand an end to racial injustice and police brutality.

More: ‘You can’t script some of this s—!’ Broadway, theater world call out racism

All of this comes on top of another crisis, the fallout from the coronavirus pandemic, which has disproportionately slammed black communities.

And the four-decade-old Crossroads Theatre Company feels called to be part of the solution. 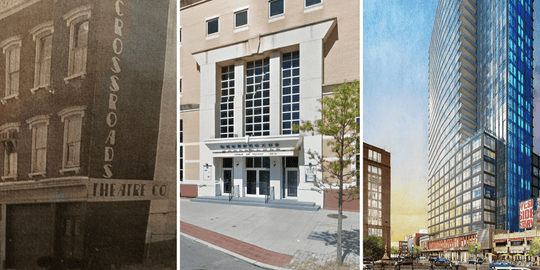 “I’m not believing in any way Crossroads has the sole responsibility for solving this, but we have a major accountability for doing that, with the help of others,” said Anthony P. Carter, president of Crossroads’ Board of Trustees.

“We think it is consistent with who we are as a theater company. It’s our responsibility to stay, first of all, true to our mission, to our purpose. We celebrate through theater the lives of black folks. We celebrate the African diaspora, and in celebrating that we talk about the pains, the joys, the sorrow, the laughter.”

But right now, the challenge facing Crossroads is finding a way to channel those stories to its audiences in a way that allows them to work toward change, said Carter, who previously served as chief diversity officer for Johnson & Johnson.

“How do we take this anger, this venom that I believe people rightly have,” he said, “and put that in a position where we can continue to tell the stories of our lives and hopefully, because of our wide and diverse audiences, enlighten them as to what their roles and their actions are. 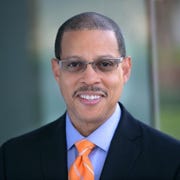 “We’re going to continue to do what we do well. We hope theater companies across this country will do that as well,” he continued. “But we believe, too, that we are uniquely qualified, therefore accountable for making the right kinds of noise in the space.”

Crossroads Theatre Company was founded in New Brunswick in 1978 by Rutgers University graduates Lee Kenneth Richardson and Ricardo Khan. Its first home was a sewing factory in the Hub City. From there, it grew to be a pre-eminent home for black theater, hosting premieres of countless shows from leading African and African-American artists, including the original production of George C. Wolfe’s “The Colored Museum.” The play premiered at Crossroads in 1986 before moving on to the Public Theater in New York City. Crossroads was awarded a Regional Theatre Tony Award in 1999 for its groundbreaking work.

Richardson passed away last month, and Carter said actions taken now are done with his intent and hard work in mind. 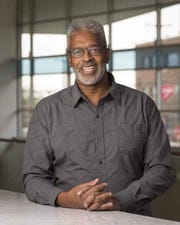 There are big questions facing Crossroads, Carter said, but not new ones.

“How do we drive people to understanding the power of voting, with a backdrop of voter suppression? How do we drive people to speaking up in their communities, becoming active in their communities, seeking seats on community boards? We talk about a lot of that in our theater. And so this has compelled us to follow … the action we typically take in times like this, to have honest portrayal of our accountability as black folks to shepherding forward the responsibility we all have in the cause of human justice and social injustice.”

Crossroads’ first step to answering those questions is launching a digital platform to reach audiences while the theater remains shuttered due to coronavirus.

And it plans to launch its digital venture with a bang, partnering with the American Slavery Project and a coalition of theater companies and allies, including the Classic Theatre of Harlem, Harlem Stage and the Liberation Theatre Company, to present “Black Women and the Ballot” on June 19 — the end of slavery holiday known as Juneteenth.

The event will consist of three “radio dramas” that will be available nationally for the first time via Crossroads’ website, telling the stories of rebellions by black women to advance voting rights. It also will include a talkback session and videos of the actors discussing their voting experiences and what voting means to them.

Legendary actress and Tony Award winner Phylicia Rashad will be featured in “Pulling The Lever” by American Slavery Project creator Judy Tate. The event also includes Tate’s “In The Parlour” and “Don’t/Dream” by Saviana Stanescu. 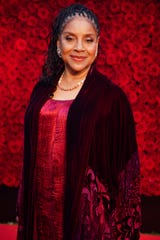 “We know that our voice and what we do as a theater company can be compelling in terms of helping folks to understand that they too have a voice and can create action to help us solve the plague of social injustice,” Carter said.

The play tells the harrowing tale of black and white students who traveled the South by bus in the 1960s to protest ongoing segregation of public buses, despite having been ruled unconstitutional. 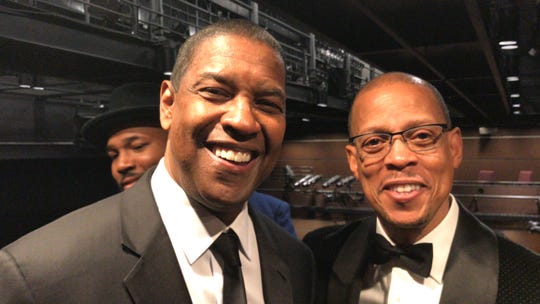 “The story behind that today is most relevant because of what’s going on,” Carter said. “And we think that will enlighten people as to how we can respond to this type of civil unrest and protest.”

More: Theater from home? NJ theaters offer plethora of content for all ages

Crossroads also has stepped up to feed its community in need, not just spiritually, but physically, providing funds to families left in need by unemployment related to the pandemic.

“We’re talking now to our churches and our business leaders about how we can partner together to address social unrest, but most importantly, social injustice,” Carter said. “So it’s about in a very real and true way, finding these niche spaces that we kind of own and putting some action around them.”

To that end, Carter said the current circumstances serve as a opportunity to strengthen bonds that can forge change, both inside and outside of its own productions.

“Now we have the opportunity to heighten our activity in solving these problems by working together across many networks: business leaders, political leaders, social justice champions, schools — and looking at ways in which we don’t want you to feel that the anger you have or the bitterness you feel prevents you from hiding your tears,” he said. “It has to create. And we want it to create. And that’s what our productions are about. They have to move you towards action.” 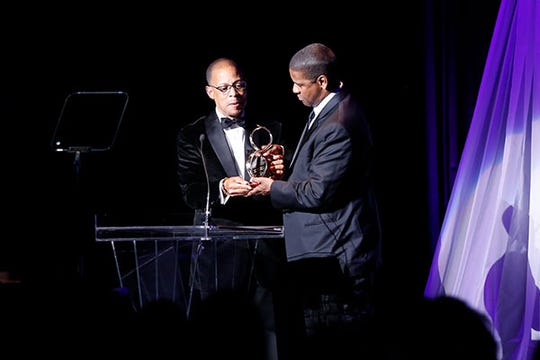 Carter said the best way to help Crossroads in its mission is to make donations that will help them support their productions, as well as assist their neighbors in need, volunteering and simply showing up.

“Own this space as if it’s your own home. We believe when you come into the Crossroads Theatre and you see our shows, we hope you feel like you’re sitting in your own living room. So come home to us,” he said, issuing an open invitation to Crossroads’ virtual platform and eventually in a return to its new home at the New Brunswick Performing Arts Center.

“Black Women and the Ballot” is set for 7:30 p.m. on June 19, and can be accessed at crossroadstheatrecompany.org.

Ilana Keller is an award-winning journalist and lifelong New Jersey resident who loves Broadway and really bad puns. She highlights arts advocacy and education, theater fundraisers and more through her column, “Sightlines.” Reach out on Twitter: @ilanakeller; ikeller@gannettnj.com.